Where it all began...

Following the success of England in the World Cup 1966, the club was reformed as a youth side playing youth team and friendly matches. In 1968 the club, playing on a pitch loaned by a local farmer and changing in the village hall, entered Division 3 of the Herefordshire Football League.

In 1974 the club won its first trophy, the Herefordshire League Junior Cup and began its rise to the position it has achieved today. In 1978 the club moved to the new village playing field and following the building of new wooden changing rooms in 1981, was invited into the Herefordshire Premier Division which it won at the first attempt.  During the eighties the club continued its development and won the Premier Division again in the seasons 1987-88 and 1988-89 and subsequently a total of thirteen times to date. The last five times by the club’s second team. The first team have, on several occasions reached the final of the County Cup which was always the one that got away but in 2009 we were successful and for the first time the County Cup Trophy came to Wellington.

In 1994 the club became actively involved in an initiative proposed by the Wellington Community Association to develop the sports facilities on the playing fields.  In 1996 those new facilities were officially opened, and on completion, the club achieved a Herefordshire Premier League Cup double.  In 1996-97 the club successfully applied to join the West Midlands League and in its second season finished Champions of Division 1 South and League Cup winners. Unfortunately, promotion to the Premier Division did not result.  The following season 1999-2000, the team achieved runners up position and retained the League cup.  Following extensive fund raising, further ground improvements were made, and the club was promoted to the West Midlands Premier Division. The club officials are active in continuously improving the facilities at the ground and in 2005 purchased the adjacent field with help from the then owner and farmer David Williams in order to secure permanently a playing surface for Wellington Football Club for future generations.

The club prides itself in having a senior first team which is the flagship of the club. In 2019 after 22 years in the West Midlands Regional Football League (18 of them in their Premier Division) we moved leagues in the pyramid within step 6 into the Hellenic League Division 1 West. A different direction to travel in, with new grounds, new people, and new challenges, which we welcome. The Covid-19 pandemic has obstructed us in having a clear run at this league title with the season being cut short on two occasions. The other senior adult team will remain and play in the Herefordshire County Football League.

The club has re-focused its strategy and we can report that we also now have one adult women’s team and seven junior teams which will represent us within the county in our tangerine colours this season. This is a positive step forward for us with some good work being done within our newly formed junior   section.
The committee members at the club are long standing and give considerable time and effort in providing a well organised club, adequate funds and a superb playing surface for the players at Wellington to come and play their chosen sport.
We are conscious that we, the long-standing members must hand over this responsibility and future running of the club to other younger members. The problem is getting people to let go.

We at the club are also fully aware of the concerns in the wider arena of the national game and that of the diminishing numbers playing association football. The success of the England National team will be a huge boost to reinvigorating the participating numbers in our beautiful game.

Have a good game and see you after the match…….
Phil Smith Chairman Wellington FC 2020/2021 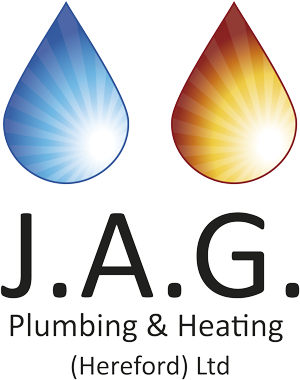